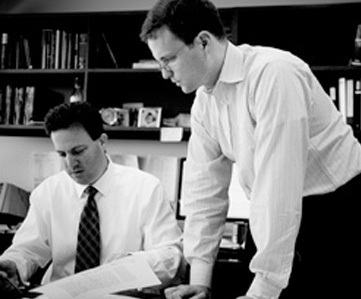 False Claims Act Litigation Will Follow the Stimulus Package. Here's How to Avoid It.
The National Law Journal

Congressional Subpoenas: If the President Can’t Resist Them, Who Can?
National Law Journal

US V. Craig And The Criminalization Of Nondisclosure
Law360

What Antitrust Attys Need To Know About Labor Monopsony
Law360

The Anti-monopoly Backlash Reaches the Supreme Court
The Atlantic

An American Lawyer in Queen Elizabeth’s Court: How NACDL Highlighted the International Consequences of an English Court Case
NACDL

In New York, A Trust Beneficiary Has Powerful Rights
Law360

How the SEC May Circumvent the Five-Year Statute of Limitations on Disgorgement Under Kokesh v. SEC
The Hedge Fund Law Report

The SEC's Pay to Play Rule Is Here to Stay: Tips for Hedge Fund Managers to Avoid Litigation
The Hedge Fund Law Report

Opting Out Of A Class Action
Today's General Counsel

A New Chapter in the Debate over the 'Stealth Statute'
Law360

On Choosing Cases
The Circuit Rider

Sanctions Beyond Rule 11
The Circuit Rider

Petitioning for a Writ of Certiorari FAQs
Legal OnRamp

Wrong, maybe. But is it a crime?
Hedgeweek.com

As the global financial crisis continues to unfold, governments will have a fundamental decision to make regarding how to address enforcement issues. There will be no shortage of those at whom fingers may be pointed. The central question will be: Should these people be prosecuted criminally, or are the regulatory process and civil litigation better suited to dealing with these issues?

A friend of mine asked me to meet his daughter who was about to start her second year of law school. Ostensibly, the meeting was for me to offer some guidance on what path she might follow in the law. However, it quickly became apparent that the real reason for the meeting was for her to try to get a leg up on the recruiting process at my firm and overcome her good, but not spectacular, grades that fell outside the range we normally looked for at her school.

In Crawford v. Washington, 541 U.S. 36 (2004), the Supreme Court held that the Confrontation Clause prohibits admission of an absent witness’s “testimonial” statements against a criminal defendant unless the witness is unavailable to testify in person and the accused had a prior opportunity for cross-examination. That holding was based in part on a claim that, at the time of the framing, those two conditions governed admissibility of pretrial examinations taken under the Marian bail and committal statutes. In a recent article, Professor Thomas Davies argues that Crawford’s historical claim is mistaken, and that a Marian examination was admissible if the witness became unavailable, regardless of whether there had been an opportunity for cross-examination. This Article responds.

To Fight or Not to Fight
New York Law Journal

Trial by jury. It is the right of every American accused of a crime but one that is rarely exercised in white-collar cases. Last year, over 87 percent of defendants charged with federal fraud offenses pled guilty. Maybe the ultimate outcome for defendants facing criminal charges would be better if that changed.