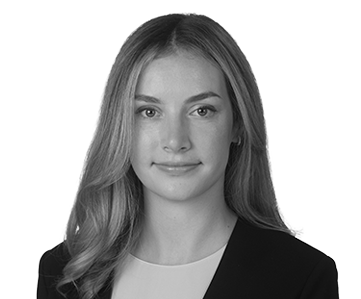 Before joining MoloLamken, Ms. Eynon served as a law clerk to the Honorable Lee H. Rosenthal of the United States District Court for the Southern District of Texas.  She also previously worked as a litigation associate at Paul, Weiss, Rifkind, Wharton & Garrison.

Ms. Eynon is conversational in French.