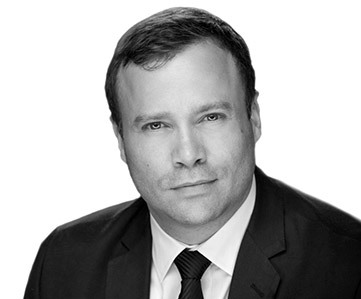 Trained in the U.K., U.S., France, and Switzerland, he represents clients across various sectors, including energy, infrastructure, transportation, pharma, banking, and telecommunications. He has experience with ICC, LCIA, UNCITRAL, Swiss Chambers, DIAC, and ICSID arbitration.

Dr. Gerbay holds a (permanent) academic appointment at the University of London (Queen Mary), where he is the director of an LL.M. program in arbitration. A former Deputy Registrar of the LCIA, Dr. Gerbay is the author of leading treatises on LCIA arbitration and on arbitral institutions. He was appointed by the ICC Secretariat to the editorial board of the “ICC Dispute Resolution Bulletin,” on which he currently serves.

Dr. Gerbay has been described by Who’s Who Legal as “outstanding both on a technical and practical level; really sharp and on the money…” and "[a] great cross between academic and practitioner..." who impresses peers with his "strong understanding of business and his perfect grasp of both civil and common laws.” He also has been listed by Legal 500 for international arbitration in both the U.K. and the U.S. Dr. Gerbay is a former Co-Chair (2013-2017) of the Young International Arbitration Group (YIAG), a 10,000+ member organization of young practitioners established by the LCIA.

Immediately prior to joining the firm, Dr. Gerbay was Of Counsel at a leading U.K. international disputes boutique law firm, where he represented parties at arbitration, sat as an arbitrator, and developed the firm’s arbitration practice. Earlier in his career, Dr. Gerbay co-headed, as Deputy Registrar, the Secretariat of the London Court of International Arbitration, practiced international arbitration as an attorney in Herbert Smith's London office, and was a consultant to the United Nations in Switzerland.

Dr. Gerbay has been appointed in over 20 arbitrations, including the following: