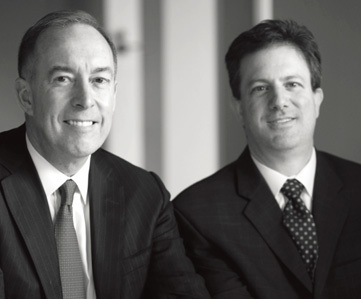 What, Exactly, Is a Grand Jury?

The grand jury plays an important role in white collar criminal matters. It has two main functions: to investigate and to protect citizens against unfounded criminal prosecutions.

In its investigative capacity, a grand jury can subpoena documents and witnesses. For example, a prosecutor may request a grand jury to issue subpoenas for certain documents or to force a person to appear to testify under oath. Even when a grand jury issues subpoenas, though, that does not necessarily mean that criminal charges will be brought.

In its charging capacity, a grand jury makes the initial determination about whether there is enough evidence to constitute probable cause that a crime has been committed and to charge a person or organization with that crime. A grand jury does not determine guilt or innocence.

Unlike a trial, grand jury proceedings are not open to the public and take place in a closed meeting room that often resembles a classroom. The witness cannot have a lawyer with him in a federal grand jury room. The only people who may be present are the attorneys for the government, the witness under examination, interpreters, and stenographers. Typically, a federal grand jury sits once per week, or less frequently, for a period of 18 months. It must have not less than 16 nor more than 23 members.

While the grand jury’s duty is to objectively consider the evidence and determine probable cause fairly, the reality is the prosecutor presents the evidence and runs the process. The late U.S. Supreme Court Justice William O. Douglas once wrote: “Any experienced prosecutor will admit he can indict anybody at any time for almost anything before any grand jury.” Former New York Court of Appeals Judge Sol Wachtler put it more bluntly when he famously said a prosecutor could get a grand jury to “indict a ham sandwich.”