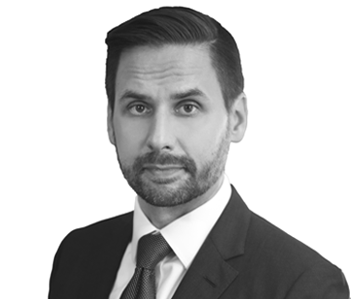 Ben Quarmby's practice focuses on business disputes and intellectual property litigation. He has represented clients as lead counsel in federal and state trial courts, the International Trade Commission, federal courts of appeals, the United States Patent & Trademark Office, and in arbitration. Mr. Quarmby represents both plaintiffs and defendants in cases around the country. His clients include U.S. corporations, individuals, and family offices, as well as many foreign companies, particularly from Japan and France.

His recent representations include obtaining a summary judgment of non-infringement on behalf of a major oil and gas company in a patent infringement matter involving hundreds of millions of dollars in alleged damages. He also obtained a full judgment in favor of a leading French media company in a matter involving allegations of domain name hijacking. And he regularly advises leading Japanese, French, and other companies in the fields of pharmaceutical research and development, auto manufacturing, medical device manufacturing, electronic cigarettes, textile, fashion, real estate, retail, and art in connection with U.S. disputes.

Prior to joining MoloLamken LLP, Mr. Quarmby practiced business and IP litigation with the law firm of Quinn Emanuel Urquhart & Sullivan. He also clerked for the Honorable Garrett E. Brown, Jr., Chief Judge for the District of New Jersey. Mr. Quarmby is fluent in French, and is admitted to the United States Patent and Trademark Office.

Mr. Quarmby has been recognized by Super Lawyers magazine as a Rising Star every year since 2014.