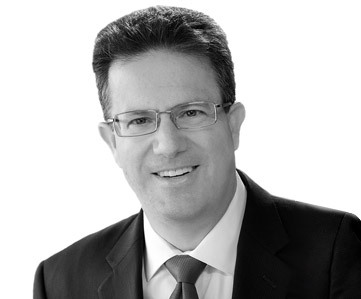 Jeff Lamken, a nationally recognized appellate practitioner, has argued 25 cases before the U.S. Supreme Court and briefed dozens more on a wide range of topics, including administrative law, antitrust, bankruptcy, civil rights, criminal procedure, energy, intellectual property, searches and seizures, separation of powers, and telecommunications. He has handled matters in virtually all of the federal courts of appeals. He possesses particularly deep expertise in the specialized Federal Circuit. Mr. Lamken also develops, briefs, and argues critical motions in trial matters.

Before founding MoloLamken, Mr. Lamken headed Baker Botts’ Supreme Court and Appellate Practice in Washington, D.C. Mr. Lamken served as an Assistant to the Solicitor General in the U.S. Department of Justice and was a partner in the Washington, D.C. litigation boutique Kellogg, Huber & Hansen. He clerked for the Honorable Sandra Day O’Connor of the U.S. Supreme Court and the Honorable Alex Kozinski of the U.S. Court of Appeals for the Ninth Circuit.

Since 2005, Mr. Lamken has been recognized each year in the Chambers USA Guide to America’s Leading Business Lawyers as a “Band 1” appellate practitioner. The 2020 edition characterizes him as a “go-to for major appeals with significant commercial and public policy implications, particularly before the Supreme Court,” someone who “delivers the goods.” The 2019 edition describes him as “expert at speaking the court’s language,” while the 2018 edition hails him as “an exceptional communicator and extraordinary writer”—according to one client, “hands down one of the smartest, most able lawyers I have ever met.” The 2017 edition heralds his “exquisite” draftsmanship. Earlier editions describe him as “outstanding,” “incredibly knowledgeable and quick to understand issues,” “a real leading player,” and “a superstar lawyer”—“a fierce advocate” with a “very detailed” approach. Peers laud Mr. Lamken as “wonderfully talented” and “a joy to work with.”

A member of the American Academy of Appellate Lawyers, Mr. Lamken has been honored as one of Washington, D.C.’s top 10 lawyers by Law & Politics, one of the “Best Lawyers in America,” a Washingtonian Top Lawyer, and a member of the “Fab Fifty,” American Lawyer’s list of the 50 most promising litigators under 45.

Representative Matters in the United States Courts of Appeals

Selected Amicus Briefs in the United States Courts of Appeals

Listed in The Best Lawyers in America since 2006

Recognized as a “Washington D.C. Super Lawyer” by Law & Politics since 2007

Named to the “Fab Fifty” list of 50 most promising young litigators under 45 by American Lawyer, 2007

Named to the Lawdragon 500 Leading Lawyers in America