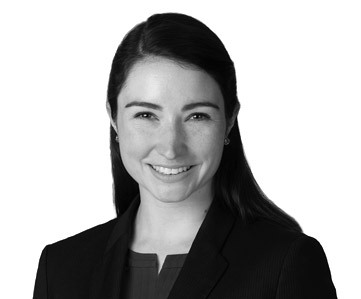 Lauren Dayton litigates complex disputes – mostly business disputes and antitrust – in state and federal courts, from the filing of a complaint through appeal.  She has litigated on behalf of plaintiffs and defendants in every level of the judicial system, from trial courts to the U.S. Supreme Court.

Lauren is a skilled trial advocate.  She contributes to every stage of the case – developing case strategy, drafting pleadings and motions, taking and defending depositions, and preparing for oral argument.  She has prepared clients for their depositions, and worked directly with expert witnesses.

Lauren has briefed appeals before federal courts in the Second, Fifth, Ninth, and Federal Circuits that involved expansive records and complex legal issues, including patent, antitrust, and administrative law.  She has litigated before the U.S. Supreme Court, including in a merits case, cert petitions, and an amicus brief.  She also has an active practice before New York appellate courts, including cases before the First Department and the New York Court of Appeals.

Before joining MoloLamken LLP, Lauren clerked for the Honorable Steven M. Colloton of the United States Court of Appeals for the Eighth Circuit and for the Honorable Brian M. Cogan of the United States District Court for the Eastern District of New York.  Experience at both the district court and court of appeals gave her valuable insight into what judges care about at different stages of the case.