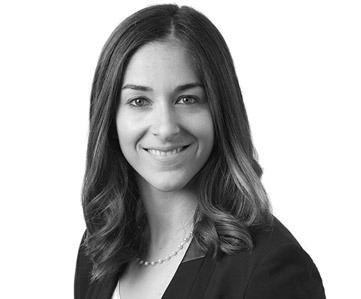 Sara Margolis is a partner who litigates complex matters – mostly business and some intellectual property disputes – from the filing of a complaint through appeal.  She is a skilled advocate and a master at running cases.

Many of the firm’s matters involve dozens of witnesses, hundreds of thousands (if not millions) of documents, and a multitude of sophisticated legal issues.  Sara sees the big pictures, contributes to developing the strategy, then organizes and manages the resources to execute.

Sara practices in federal and state courts throughout the country.  She has taken or defended more than 35 depositions, managed large teams reviewing documents in English and foreign languages, engaged with a wide range of experts, worked with graphics and jury consultants, and coordinated lawyers from multiple firms to create a unified fighting force for the client.

Having tried cases and having clerked for a federal trial court judge with one of the most sophisticated dockets in the country, Sara manages matters with a keen understanding of how a case ultimately will play out.  This allows her to keep the team focused on what matters, avoiding wasted effort and optimizing resources.  Together with the MoloLamken team, she has helped recover over $2 billion in settlements and judgments for clients over the last five years.

Benchmark Litigation describes Sara as “incredibly thoughtful, detail oriented, and responsive,” and reports that clients are “extremely impressed with the depth of her legal analysis.”  Lawdragon recognizes her as one of the country’s top litigators.  She has also been named repeatedly as a “Rising Star” by Super Lawyers and is on Benchmark Litigation’s “40 and Under Hot List.”

Sara began her career as an associate at Cravath, Swaine & Moore.  She is a member of the New York Inn of Court and the New York Intellectual Property Law Association.