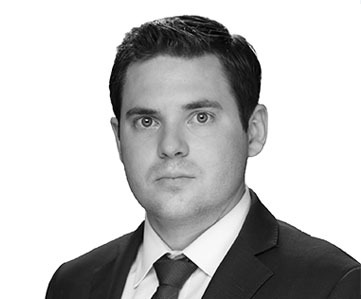 Kenneth Notter litigates complex civil and criminal matters in state and federal courts.  He is a skilled advocate with experience at every stage of a case.  Mr. Notter has helped guide clients through sensitive government investigations and advised clients in commercial matters to reach successful pre-suit resolutions.  In his trial-level cases, Mr. Notter has deposed and prepared fact witnesses, drafted and argued critical motions, and cross-examined witnesses at trial.  Mr. Notter has briefed federal appeals before the First, Tenth, and Federal Circuits involving complex legal issues.  He has also assisted in drafting a merits brief and multiple petitions for certiorari before the U.S. Supreme Court.

Before joining MoloLamken, Mr. Notter clerked for the Honorable Jerome A. Holmes of the United States Court of Appeals for the Tenth Circuit and the Honorable Gerald J. Pappert of the United States District Court for the Eastern District of Pennsylvania.  Clerking for trial and appellate courts gave him valuable insight into how judges and juries decide cases.  That experience enables him to build a case that will persuade a judge or jury at trial and hold up on appeal.  During law school, he worked as a research assistant for Professors Michael Klarman and Jack Goldsmith.