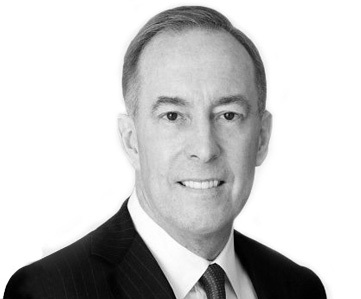 Steven Molo, one of the country’s leading courtroom advocates, is a founding partner of the national litigation boutique MoloLamken LLP. He represents corporations, boards, funds, investors, inventors, and individuals in complex business litigation, white collar criminal matters, and IP litigation. His client base is international.

Chambers and Partners calls him “fantastic in the courtroom,” a “fabulous courtroom litigator who lights up the room with his presence,” “very bright, imaginative, and creative in his approach to problems,” and “one of the most talented lawyers in the city.” Benchmark Litigation – which named him one of the top 100 Trial Lawyers in America – calls him “revered,” “an outstanding advocate and fearless in court,” who “delivers the goods.”

Legal 500 includes Mr. Molo on its elite list of Leading Trial Lawyers and calls him “a rockstar litigator; a great lawyer,” with “terrific knowledge of the courts and the law,” who “really excels in the courtroom.”  It says he is “smart, creative, responsive, knowledgeable, and engaging; he has an excellent mix of traits that set him apart from his peers.” For the past thirteen years he has been named to Lawdragon’s list of the 500 Leading Lawyers in America.

Mr. Molo began his career as a prosecutor in Chicago, and then practiced with Winston & Strawn, where he was a senior litigator and member of the firm’s Executive Committee. He spent five years as a litigation partner with the Wall Street firm Shearman & Sterling before founding MoloLamken in October 2009. He is also a solicitor on the Roll of Attorneys of the Law Society of England and Wales.

Association of the Bar of the City of New York, Member

University of Illinois College of Law Board of Visitors, Member